The golden boy of the Missouri Valley Conference took home his second consecutive POY, the first to do it in eight years; plus the other MVC Awards.

It should come as no surprise that Dougie Fresh was named the conference's player of the year for another season. His dad and coach is certainly very happy with the way the season has gone.

"I'm very proud of him, both as his coach and his father," Greg McDermott said. "He's added something to his game every year. It's been really gratifying, including how he has handled the success on and off the floor."

Northern Iowa coach Ben Jacobsen agreed with that sentiment, pointing to a specific aspect of McDermott's game that has made a difference this season.

"He has so much versatility," Jacobsen said. "He's improved his ability to make 15 plus foot jump shots and three-pointers that weren't just catch and shoot; this year he's able to shoot off the dribble and on the move more."

It also should perhaps be no surprise that Cleanthony Early, he of the military offseason training, took home Newcomer of the Year, as he was joined by teammate Malcolm Armstead, fellow junior transfers Desmar Jackson from Southern Illinois and Tyshon Pickett of Bradley. The group is rounded out by Missouri State freshman Marcus Marshall.

Marshall also took home freshman of the year, as he rode a 10.8 ppg average to place himself only 21 points away from setting a new freshman scoring record for the Bears heading into the conference tournament.

Colt Ryan, who as we mentioned is the fourth leading scorer in all of D-I basketball since the start of his senior season, also got props as a first-team all conference player and the runner-up to McDermott for player of the year.

"I think Doug is a terrific player," said Evansville head coach Marty Simmons. "We've talked about the similarities of Colt and Doug; we just haven't had the success nationally to get him recognized. He has brought a mentality, skill set and work ethic that has meant everything to us. He is also tremendous in our community - if we could embody the persona of an Evansville athlete, it would be Colt Ryan."

"I think with a lot of seniors they see that light at the end of the tunnel and feel it all coming together. He not only has the ability to score in a lot of ways, he steals the ball and has great vision, and allows all the players around him to get better. "

Perhaps the biggest surprise is the complete absence of Southern Illinois' Jeff Early. Jackson may have been a key contributor down the stretch, but outside of the Indiana State rematch where Early played only eight minutes, his 18 points and 7 rebounds per game are nothing to shake a stick at. He was a more efficient scorer than Jackson and a better rebounder.

Maybe that only gets Early honorable mention, but he was deserving of at least that.

Here is a full list of the postseason awards: 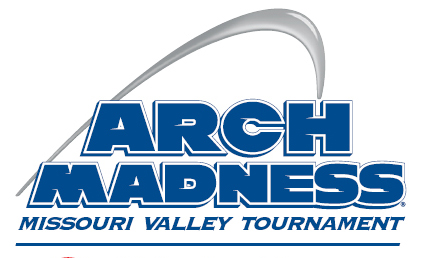