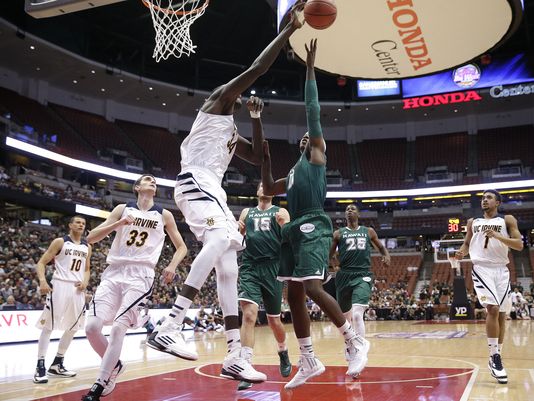 They'll keep it local, Cal-State Northridge won't have to travel to far to Loyola Marymount tonight as the Matadors try to forget the whooping they took to the USC Trojans on Monday 96-61.

The Lions will face its third Big West team of the season, beating CS Fullerton in the opener, 79-74 and went down to UC Irvine 77-53.

When tip-off starts it will mark the fifth annual LMU Holiday Classic, free to the public guest are encouraged to donate travel-sized personal care items for our military.

Tonight will also mark the 18th meeting between CSUN and LMU, which the Lions lead the overall series 17-10. The last time these two met was in 2003, a Lion victory 81-70.

Freshman CSUN guard Jason Richardson will put up his points, Richardson leads the team with 16 points per game. Adding fire power for the Matadors will be sophomore forward Tavrion Dawson who is averaging 13 points and 7 rebounds per game. Both Richardson and Dawson attended Gardena Serra High School.

More will be needed from just Richardson and Dawson, bench play will have to be effective, not like their six point performance in the Trojans loss. The Trojan bench went off for 39 points against the Matadors.

Another low-ball stat against USC for CSUN was in the transition game where only six fast break points were seen from the Matadors.

It will be a closely contested game.

This pre-Thanksgiving game will leave the Gauchos thankful for home games, as it plays eight of the next nine on the road.

For UCSB the month of December will give them the name "road warriors" or leave them home sick, its only game in the last month of the year will be Dec. 4 against USC.

Without last year's trusty big man Alan Williams, UCSB must improve its shooting without a high percentage Williams in the key making lay ups or dunks. In its last lost to OSU, the Gauchos shot a poor 34 percent, shooting 27 percent in the second half.

The good for UCSB was it committed just nine turnovers and out rebounded OSU 39-37.

USF will come off a victory versus Big West rival to UCSB, UC Riverside. USF beat Riverside on a missed last shot heave from UCR.

Expect points to be exchanged back and forth as sophomore Dons guard Devin Watson continues to lead USF with 19 points per game. For UCSB it will be senior guard John Green, who as a guard not only leads the Gauchos in scoring with 16 ppg, but also rebounding with 8 per game.

Don't be surprised if the Dons spoil Thanksgiving for UCSB.