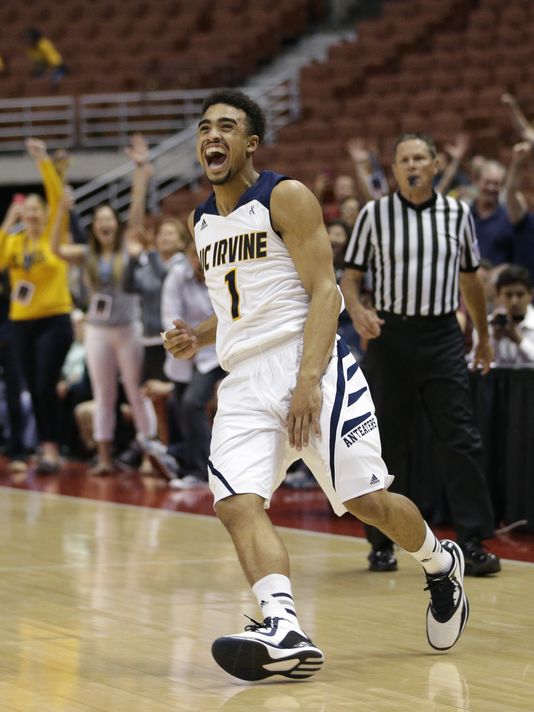 The Matadors had a 78-77 lead with 1:15 left in OT, which was its first lead since the first half. Yet not enough for CSUN to win the game.

Joshua Spiers of LMU lit the Matadors with five of his game-high 24 points in OT to close out the game. Spiers scored with 25 seconds to go with the go-ahead score.

CSUN had four scorers with double digits, all lead by freshman guard Micheal (Michael) Warren. Warren finished with a strong performance of 23 points.

The Matadors trail the series vs the Lions 18-10 and concluded the Fifth Annual LMU Holiday Classic.

San Francisco almost pulled the improbable comeback as it went into halftime down 25 points. The UC Santa Barbara defense held the Dons to a poor 23 percent shooting into halftime and forced the Dons to miss all seven of its three point attempts.

Sophomore guard Gabe Vincent lead the charge for UCSB with 18 points and senior guard Michael Bryson was the second leading scorer for the Gauchos with 15 points.

The Gauchos were fairly on point from the charity strike. UCSB made 13 of 15 free throws, perfect at the line was senior forward Mitch Brewe. The veteran Brewe went 6 of 6 and was the third man in double figures for the Gauchos with 12 points.

The Dons pulled close yet no cigar for victory, the Gaucho big start was enough.

Seven-foot-six big man Mamadou Ndiaye of UC Irvine was kept in check with foul trouble early. Ndiaye sat on the bench the majority of the game and ended with only four points in 19 minutes of play.

The opening game of the Wooden Legacy was a disappointment, where the giant Ndiaye came up with two rebounds, one on defense another on the offensive side.

Although the lack of energy from Irvine the game was close, Boise senior guard Anthony Drmic drained a three at the end of the first half to give the Broncos a 30-27 lead. The Broncos in the second half led the rest of the way and never let up.

The leading score Drmic finished with 21 points in victory.

Part two of the Wooden Legacy for UC Irvine was rather pleasant. No left over feelings for Irvine and big boy center Mamadou Ndiaye who the night before had a horrible game.

Ndiaye was second in scoring for the Anteaters and added 16 points to senior forward Mike Best’s 18 points.

For a Big West team to beat an ACC team it is a boost in confidence, as Irvine shot a decent 60 percent against the BCC. Irvine Coach Russell Turner grew up watching ACC basketball as a child in Virginia and the victory probably meant more to him than the players.

The night before BCC gave up win No. 500 for Michigan State Coach Tom Izzo.

UC Riverside cut the Rice lead to five points in the second half as the Owls controlled the whole game, 65-60 was as close as it got.

Then it was all freshman forward for Marquez Letcher-Ellis who went on a 9-0 run of his own and extended the Owl lead after the Highlanders got close. Letcher-Ellis ended the game with 17 points and his Russian sophomore teammate Egor Koulechov led all Owls with 18 points.

In their first ever meeting Highlander junior guard Malik Thames represented the Big West with 16 points. Thames led all Highlander players in points and is becoming a true sixth man off the bench as he played 30 minutes.

Freshman center of the Netherlands Menno Dijkstra continues to adjust to the speed of the game, in 19 minutes he hit his average of 4.8 points per games with 4 points for the Highlanders. The seven-footer came up with 3 rebounds against the Owls.

This was the second time these teams met this season and once again Oklahoma State beat Long Beach State. On Nov. 22, the Cowboys beat the 49ers by five points in the third-place game of the Gildan Charleston Classic.

The six-point victory of OSU slips LBSU to a three game losing streak. After losing to No. 6 Virginia by 32 points it's been all downhill for the 49ers. LBSU now sits at .500 after coming out strong with three wins to open the season.

Off the benched for OSU was junior guard Leyton Hammond, who came out on fire and blew up LBSU with shot after shot. Hammond made his first four shots and his first three 3-pointers.

The hot shooting of the Cowboys was so accurate the 49ers kept closing the game to two points, but OSU shooting came through in the clutch.

Nick Faust, the 49ers’ veteran guard continued to show consistency as he contributed 15 points and leads the team in scoring with 13.8 points per game.