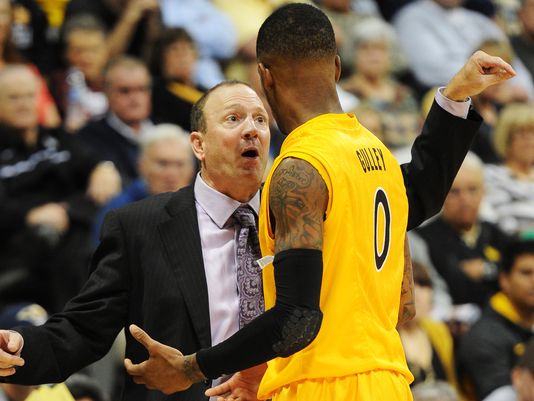 Fullerton tonight will match up against a NCAA Division II team in Cal-State Dominguez Hills. Who would've thought five to seven games in for Big West teams and you’d find Cal-State Fullerton on top with the best overall record in the conference.

With over a month till conference play, Fullerton can give itself a facade of a great team.

With a weak schedule and only three games on the road for the Titans in Dec., we might see the Orange County team continue atop of the standings.

Fullerton guard Tre Coggins will come in with the title of last week’s Big West Conference Player of the Week. Coggins is coming off two straight 25 point performances and currently leads the Big West in scoring, with an average of 19 points per game.

Add freshman guard Khalil Ahmad with an impressive start to his college career, leading all Big West players in 3-point shooting percentage (66 percent) and is in third in field goal percentage (60 percent), giving the Titans a potent offense.

The state schools of Long Beach and San Diego will clash at Walter Pyramid for a rematch of their 2014 game, which went down to the wire in favor of the Aztecs.

The 2014 game ended in a 60-59 loss, where junior guard Travis Hammonds of the 49ers threw up a half court missed prayer at the final buzzer.

At the time SDSU was the No. 18 team in the country, today the Aztecs are out of the top 25, but have proven to be a tough team with formidable losses to No. 16 Utah and West Virginia.

The Aztecs can become road warriors tonight at the Pyramid if LBSU does not clean up its play, it would be the first victory on the road for SDSU.

This is going to be a real tough test for LBSU, tonight’s game will mark the busiest part of the 49er schedule. It will play four games in six days, starting with tonight’s locally televised game.

Already marked as a sold out venue, it will be the 60th match-up between these two state schools.

SDSU is currently on a five-game win streak against the 49ers and have dominated at "The Pyramid" going 20-10 at the LBSU venue. .

History is not in favor of LBSU, but there is an overall team improvement. 49er players senior Nick Faust, sophomores Gabe Levin, Roschon Prince and starter A.J. Spencer are averaging a combined 33.8 points, now up to 40.3.

This year LBSU is currently 2-0 at home.