Share All sharing options for: A croot tweeted out his top 32 as a bracket because innovation is the spirit that drives America

The teens have gotten progressively rowdier over the years over how to announce their recruitment status, complete with pool party announcements, someone committing while chopping down a tree, and, my personal favorite, a kicker announcing his commitment to Penn State with a music video, and then de-committing and going to Michigan after a sleepover with Jim Harbaugh.

Recruiting season is a unique time.

That said, we have been given the opportunity to fill out a bracket, thanks to one Landers Nolley. Nolley, a 4-star recruit out of Georgia, announced his top 32 with a bracket made of, apparently, random seeding.

This is good stuff. It remains to be seen if this bit will continue throughout the recruitment process. Will the top 16 come from this bracket? If so, one of NC State or South Carolina will, by necessity, be eliminated. That would be an interesting spin.

Anyway, even if you don’t like it, he’s 17 years old and, as such, you should probably not tweet at him. Because tweeting at recruits is bad.

Here’s how my bracket shakes out. 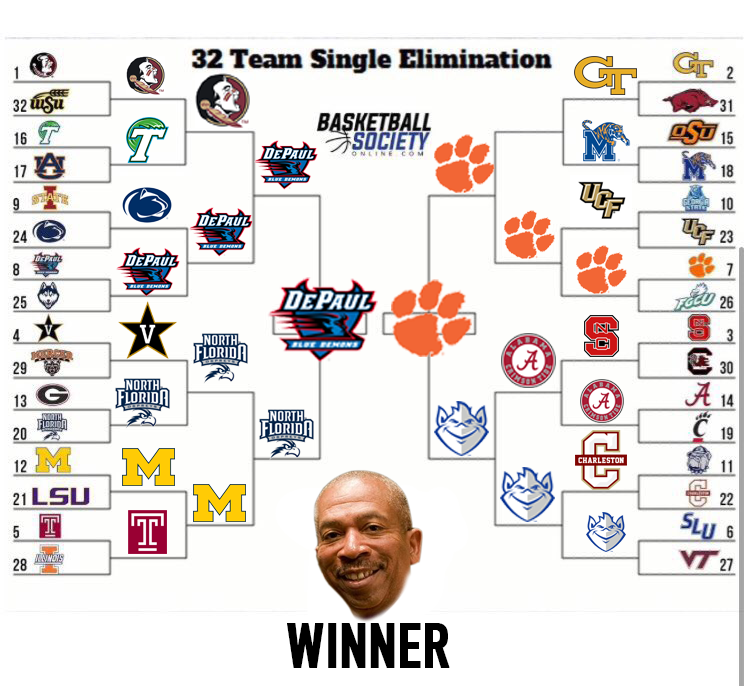 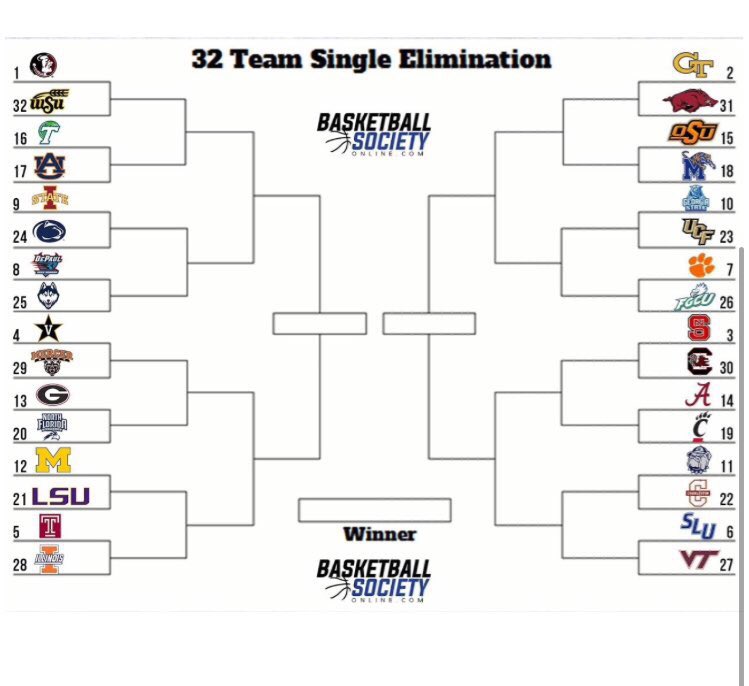 Oliver Purnell has never been fired from a collegiate head coaching position.